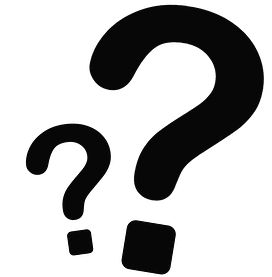 Here, in no particular order are some beliefs about the game of baseball and its rules which are surrounded by misconceptions and misunderstanding.  We are not picking on anyone, we believe this article is good for both coaches and umpires to read and know.

How many of these statements do you believe to be true?  Be honest.

1. The hands are considered part of the bat.

2. The batter-runner must turn to his right after over-running first base.

3. If the batter breaks his wrists when swinging, it's a strike.

4. If a batted ball hits the plate first it's a foul ball.

5. The batter cannot be called out for interference if he is in the batter's box.

7. The batter may not switch batter's boxes after two strikes.

8. The batter who batted otu of order is the person declared out.

9. The batter may not overrun first base when he gets a base-on-balls.

10. The batter is out if he starts for the dugout before goign to first after a dropped third strike.

11. If the batter does not pull the bat out of the strike zone while in teh bunting position, it's an automatic strike.

12. The batter is out if a bunted ball hits the ground and bounces back up and hits the bat while the batter is holding the bat.

13. The batter is out if his foot touches the plate.

14. The batter-runner is always out if he runs outside the running late after a bunted ball.

15. A runner is out if he slaps hands or high-fives otehr players after a homerun is hit over the fence.

17. The runner gets the base he's going to, plus one on a ball thrown out-of-play.

18. Anytime a coach touches a runner, the runner is out.

19. Runners may never run the bases in reverse order.

20. The runner must always slide when the play is close.

21. The runner is always safe when hit by a batter ball while touching a base.

23. It is a force out when a runner is called out for not tagging up on a fly ball.

24. An appeal on a runner whi missed a base cannot be a force out.

25. A runner is out if he runs out of the baseline to avoide a fielder whi s fielding a batted ball.

26. Runners may not advance when an infield fly is called.

27. No run can score when a runner is called otu for the third otu for not tagging up.

28. A pitch that bounces to the plate cannot be hit.

29. The batter does not get first base if hit by a pitch after it bounces.

31. You must tage the base with your foot on a force out of appeal.

32. The ball is always immediately dead on a balk.

33. If a player's feet are in fair territory when the ball is touched, it is a fair ball.

34. The ball must always be returned to the pitcher before an appeal can be made.

35. With no runners on base, it is a ball if the pitcher starts his windup and then stops.

36. The pitcher must come to a set position before a pick-off throw.

37. The pitcher must step off the rubber before a pick-off throw.

38. If a fielder catches a fly ball and then falls over the fence it is a homerun.

39. The ball is dead anytime an umpire is hit by the ball.

40. The home plate umpire can overrule the other umps at anytime.

How well did you do?  Seriously, how many are true?  The answer is 0!  All 40 statements are false.